The Toronto Entertainment District is bordered by the Financial District to the east, Spadina Avenue to the west, Queen Street West to the north and the Gardiner Expressway to the south. It is an excellent place for the urbanite with linkages to all necessary types of transportation. Located nearby is Union Station – a Canadian hub in rail and bus transportation – with access to GO Transit, Via Rail and the TTC. Many streetcar lines also run through the District. There are two interchanges to the Gardiner Expressway, which connects to a broader highway network and the Toronto Island Airport is only minutes away.

Entertainment at your doorstep

This area has something for everyone, with world-class shopping, theatre, four professional sports teams at their home venues, nightlife, dining and cultural attractions! It is also home to a vibrant business community, making this a good destination for those who love to work hard and play hard. Many of the city’s most famous landmarks can be found within the heart of the Toronto Entertainment District. These include, but are not limited to, the CN Tower, the Rogers Centre (formerly the SkyDome), the Air Canada Centre, the Metro Toronto Convention Centre, Canada’s Walk of Fame, Roy Thompson Hall, the Royal Alexandra Theatre, the Four Seasons Centre for the Performing Arts and the TIFF Bell Lightbox. Thus, the Entertainment District truly caters to people from all age groups and demographics.

The area blends old and new with its mosaic of freshly constructed office and condominium towers and reconstructed historic manufacturing warehouses, office lofts and artists’ studios. Indeed, while the Entertainment District is the picture of modernity today, it is steeped in a rich history. In the 19th century, it was an upper class neighborhood that housed the Parliament Buildings of Upper Canada. It then transformed into a manufacturing district and housed many working class families. When the manufacturing sector began to diminish, the area fell into decline. Since the 1990s, it has entered a new and transformative phase and today it is the picture of economic growth and community vibrancy. 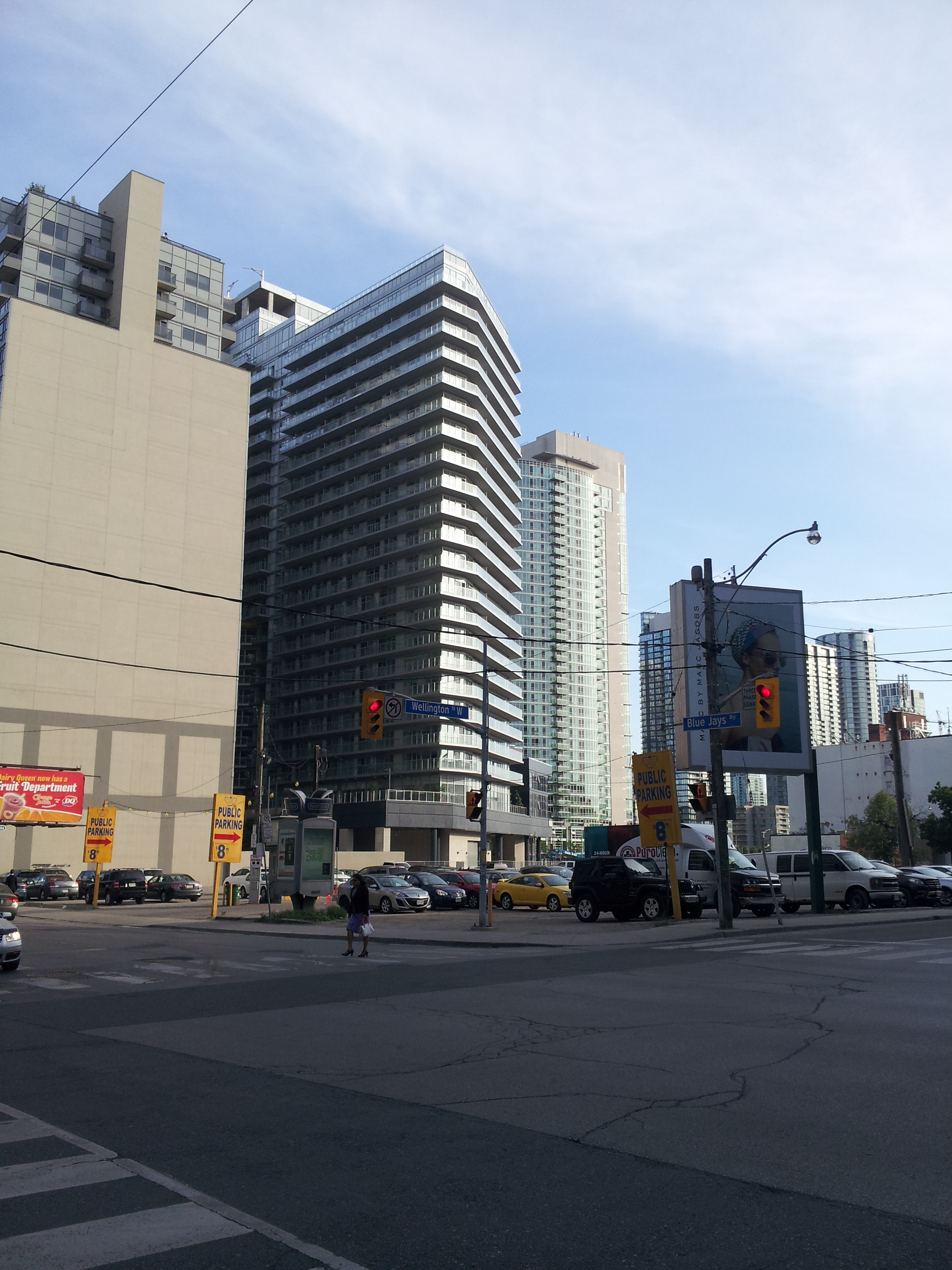 
More About the Building